Resistance: Going Beyond The Finish Line

It’s a canny thing, resistance – sneaking in at the most inopportune moments. Like when you’re 95% complete, and have dedicated massive amounts of time, energy, and brainpower to the project, but that last 5% is the slipperiest fish you’ve ever laid hands on.

Resistance seems to be strongest closest to the finish line.

I used to run some. Running was never a passion, I reluctantly did it for training, but, whenever I did run I set a finish mark – the pier, that bush, the stop sign – as the place I could stop running and start walking (my favorite). But, almost without fail, I’d come 10 steps from that ‘finish line’ and walk the rest.

Resistance has gotten the better of my breakthroughs many times over, and often without my knowing.

Honestly, I, like most people, have a tendency to stop just short and call it good enough.

But the times when I’ve gone beyond, truly past the mark, I’ve felt a freedom on the other side.

Not because of the ‘extra’ or the number, but because I’ve crossed the finish line and kept my word to myself – which is the only word that truly matters.

When, instead of stopping 10 steps shy, we go a little beyond, a sort of alchemy happens.

It’s a buoyant field, past the mark – a joyous floating – a freedom that can only be had when you keep your agreements with yourself.

Right now, I’ve just completed a couple projects – the largest being my new website, which includes my new business direction – talk about the Magna Carta of resistance.

As I worked on it, I knew the completion of this project had the capacity to impact and greatly add value to the lives of others as well as create a more exciting evolution for myself. I knew this and still the resistance remained.

I set a launch date of June 1st. We’ve been talking about redoing my website for a year, and I’ve been working on it for four months, but June 1st was the day I felt confident we’d be able to flip the switch.

On May 31st, my body began to react – nervous system on high alert – but I kept on getting ‘er done. By nightfall, I was in agony.

The next morning, through meditation and an ungodly amount of water, I’d managed to calm my system down enough to get back to work.

By that afternoon, the aches returned. Resistance and stress rapid fired throughout my entire body. By 4pm, having forgotten my charger, my computer died, my phone was about to join it, and I was curled in the fetal position on the carpet.

What do I need right now? What is necessary, RIGHT NOW?

The voice came loud and clear. Stop, and go to the water. When that voice speaks, I listen.

I’d done enough to turn the site over into the very capable hands of my assistant who flipped the switch as planned, and I went to the ocean to float.

You’ve got to know when to push through and when to pause. I’m not one for pushing, but I’d made an agreement with myself, and I knew these physical pains were a representation of the resistance I held within about making this transition.

The following two days, I spent in extreme self-care – like it was a sport. My body felt as though it decided to process this transition from toes to head – the pain stopped pulsing in my body after a couple days but held in my head for another two before it finally released.

Resistance is a wily beast. Honestly, I don’t know if I did that right. I certainly don’t condone making yourself sick, but I know myself well enough to recognize my bodily reaction was a form of resistance, and I also know when to take a break. If I had launched the site and continued to work to announce it, I would have been very sick indeed, and resistance would have won.

Instead, I met my agreement to go live because I knew we could, and I waited to announce it to the world until this week because I wanted to be fully vibrant for it.

Resistance will outwit you every time unless you revisit your agreements with yourself.

Unless you reaffirm your motivation and renew your why – it will stop you four feet from freedom.

Resistance often serves to keep us treading water in a too small pool. But the joy on the other side is a million times worth the beautiful effort it takes to go a bit beyond the finish line.

Let beyond the line be your stopping point – not much, just a little.

My beyond the finish line for project super evolve looked different than I thought it would. I thought ‘beyond’ would look like launched and perfect and announced by the 2nd.

But instead ‘beyond’ looked like, launched and imperfect and announced by the 7th. Beyond meant not allowing the resistance to stop me before launch and then having the wisdom to let it marinate while I took care of myself.

Breaking through the resistance and to go just past the lines we set for ourselves not only ensures that we’ll cross them, but it reminds us we are capable of anything and everything we set out to do.

As long as we keep our agreements and remember why we made them in the first place, resistance cannot block the finish line – however hard it tries. 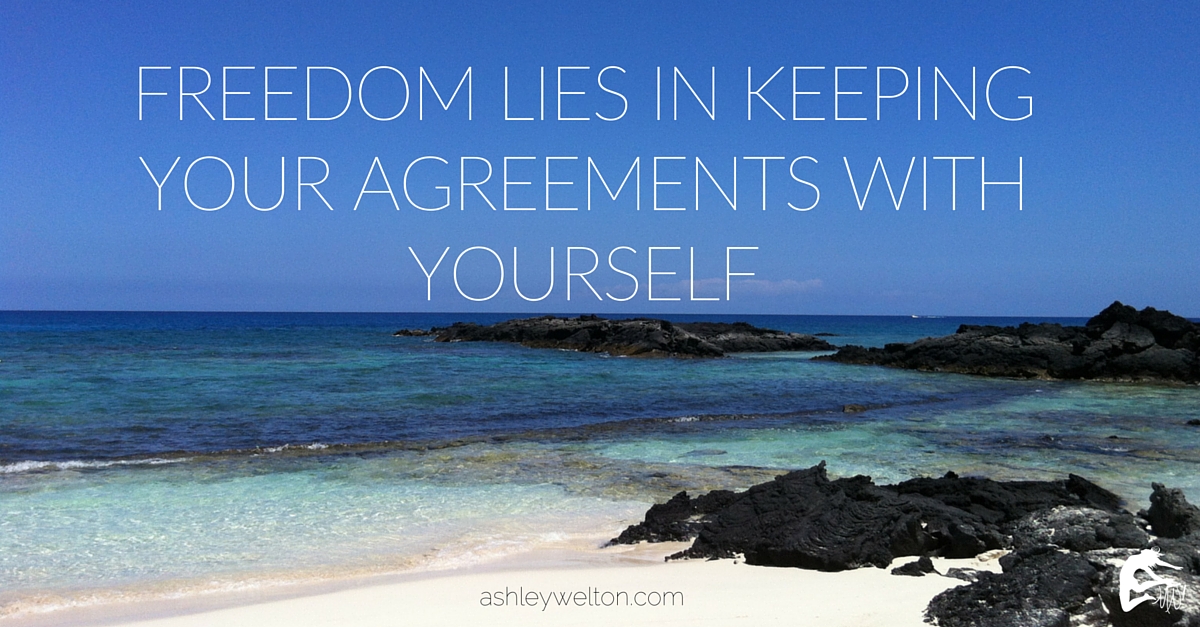